Be Inspired by the Musical History of Boston's Fenway District

Few hotels in Boston have an origin story like The Verb. We were hip and cool before those words were used to describe hotels, and we’ve stayed faithful to those roots ever since. Why don’t you come along with us on a Magic Carpet Ride to see how we grew from a tiny little motor hotel to one of the most unique places to stay in Boston?

It’s appropriate that the story of The Verb Hotel began on the cusp of the ‘60s in 1959, when the Fenway Motor Hotel first opened its doors at 1271 Boylston Street. Located deep in the heart of Boston’s Fenway neighborhood, the two-story building was designed to 1950’s modernist ideals by architects Irving Salsberg and Ralph Leblanc. It was a time of optimism, style and – above all – great music. 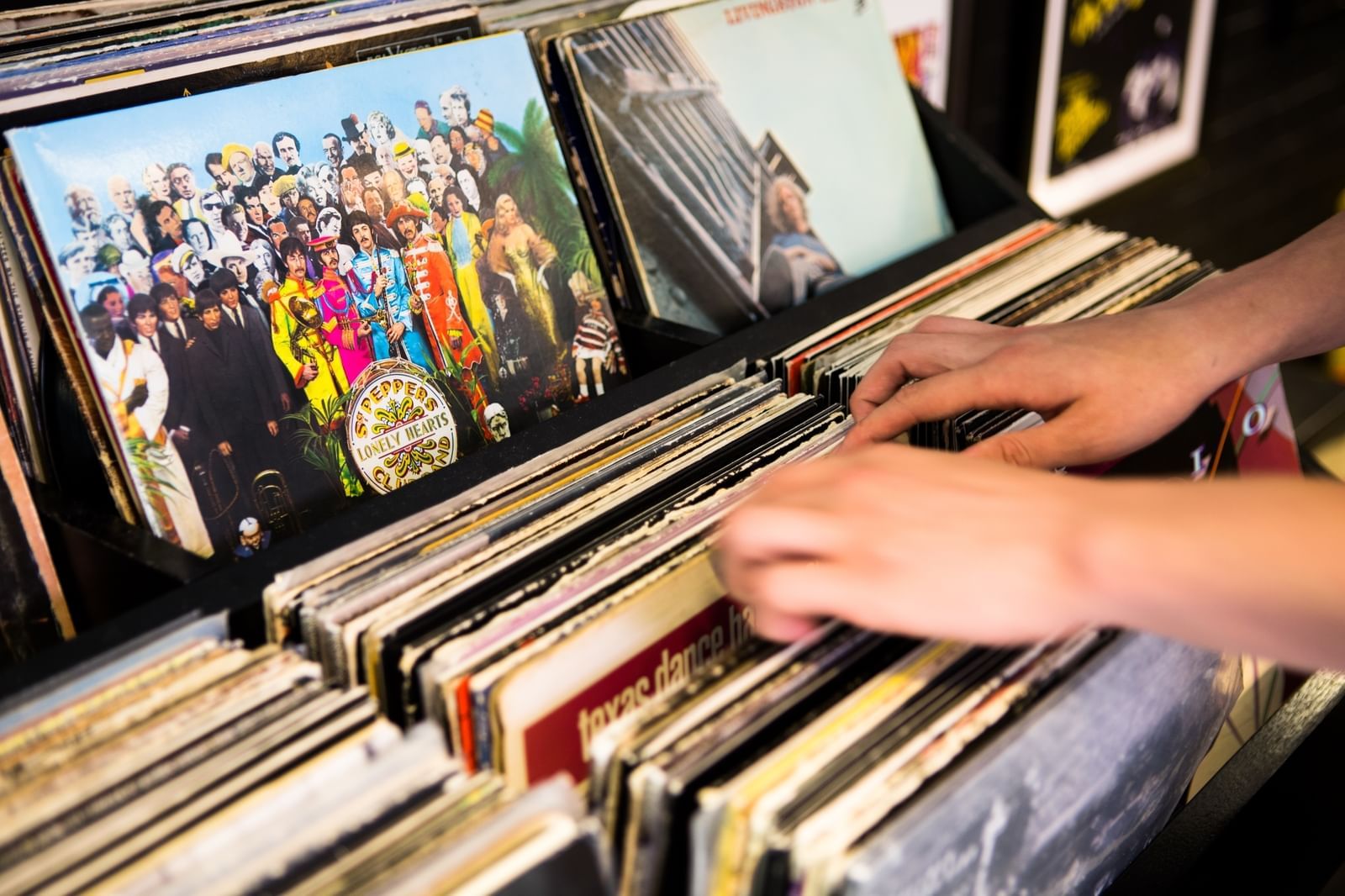 I listen to oldies but goodies...

From the beginning, this classic building had all those elements covered. But it’s the bustling backdrop of Fenway, with its cultural pulse, urban charm and sense of community that played a big part in creating and shaping our hotel’s personality. Its cast of unconventional characters, electrifying music scene and indie edge have all helped shape the events and stories that our hotel has played a part in ever since.

During the last half-century, the changes in Fenway have been profound. Our neighborhood nurtured the music scene of Kenmore Square and the multitude of clubs on Lansdowne Street, gave rise to the pre-eminent alternative weekly newspaper, the Boston Phoenix, housed the offices of iconic and competitive rock radio stations WFNX-FM and WBCN-FM, and has been home to a thriving art scene as well as ever-expanding dining opportunities. And let’s not forget the many truly epic ball games and stadium music performances along the way. Through the decades, our hotel’s status as a hometown icon kept growing, like a cool local personality who’s seen it all and has the looks to prove it.

So it was out of a deep-felt respect for our past, coupled with our wild imagination, that our dream to breathe new life into our hotel took shape. Our ambition was to return the site to its rightful place as the home of Fenway’s legends and legendary good times while injecting it with all the things our modern guests could want. Enter The Verb Hotel.

IT IS ABOUT THE STYLE AND THE JOURNEY

On one level, the creation of The Verb is about style: the painstaking restoration of the architecture, the idiosyncratic touches and colorful references as overseen by Elkus Manfredi Architects. On another, it is about the journey to reconnect with our cultural roots. To help us, we enlisted our very own vibe conservators: long-time local cultural observers and players, Stephen Mindich, publisher of the Boston Phoenix, and David Bieber, WBCN Creative Services Director and the Boston Phoenix/WFNX Director of Special Projects. With real love and attention to detail, they summoned up stories and memories of Fenway’s rich music, media and arts scenes.

The Rebirth of a Spirit

In many ways, the Boston Phoenix is our kindred spirit: promoter of local music, champion of counter-culture, and ever independent, provocative and passionate. Delving into the treasures of their fabled archives, Mindich and Bieber have curated the authentic events, classic moments, memorable anecdotes and unforgettable occasions that adorn our interiors. Many of the super-rare pop artifacts and music memorabilia you’ll see are priceless, and all remind us that the spirit of Rock & Roll is alive and well at The Verb.

Oh, and why The Verb? If you want to get literary about it, “verb” describes an action and a state of being. But we like that it came from “reverb” – a reminder of the music and attitude that’s inspired us all throughout the years. Let the good times roll again.